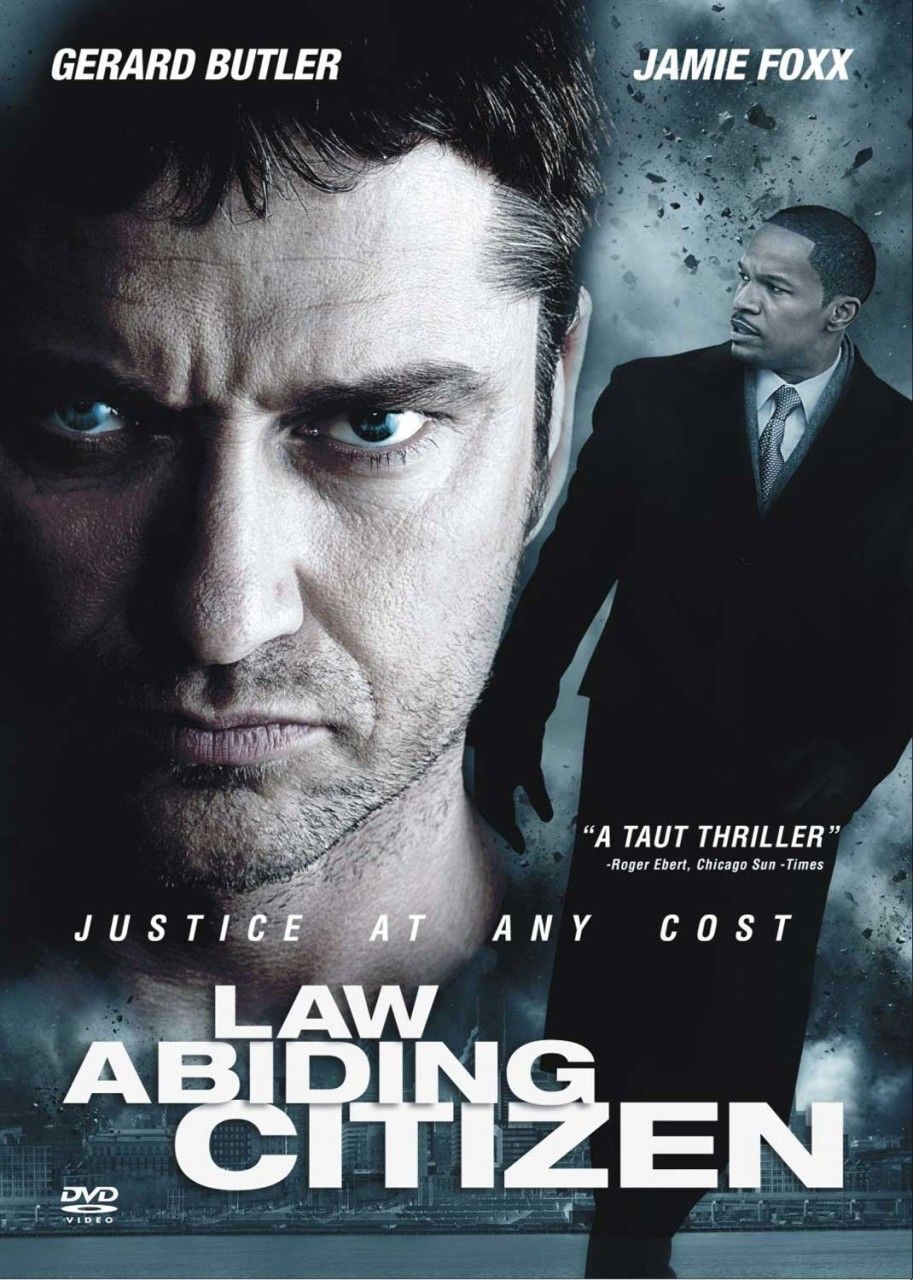 “I’m gonna pull the whole thing down. I’m going to bring the whole f****** diseased, corrupt temple down on your head. It’s gonna be biblical.”

Law Abiding Citizen is not for the people who see the world as black and white but rather a collection of grays. It is for those who seek the values of justice and understand the moral quandaries of the system, the choices professionals have to make every day for the greater good. What if those decisions weren’t made for the correct purpose? What if those compromises were made for personal gain, for their own self-preservation? What if the whole system was corrupt and if it was, would you want to see it torn down?

Director F. Gary Gray starts this one suddenly. Clyde Shelton’s family is torn from him. He survives the attack but lost his life.

Life is often who we surround ourselves with. It loses meaning when they’re gone.

Clyde was just like one of us, a law-abiding citizen. He put his faith in the institutions we surround ourselves with, to see justice done but justice is not blind. The system fails Clyde. Clyde is back to make it right.

I finished Marvel’s Daredevil on Netflix yesterday and many of the themes there are present here. The criminal justice framework is a structure put in place to keep people calm, to give them the illusion of safety, to keep order but they don’t have control anymore than you or I. They are schemers, as an infamous man once said. The foundation is corrupted with politics and outside interests. It is no more a sanctuary than anywhere else. You can buy your way out of it. There are those who are above the law.

Someone needs to hold them accountable. Sometimes, vigilante justice is justice. Rogue agents cannot be controlled, cannot be bought, cannot and will not waver. They are ardent disciples of virtue. Their methods are not condoned. They will be hunted but sometimes they are the heroes we deserve.

Clyde takes on that mantle and a lot of what he believes I believe to be true. The path to correctness, to punishment for the wicked, should be straight and clear. It is not and I don’t believe that makes me some terrible person to buy that. There are always outside forces at play. Those who practice the law should be in it for the right reasons: to see things made right. Many are not and we see that in prosecuting attorney Nick Rice (Jamie Foxx), a man motivated by his own portfolio and cushy conviction rate. His priorities are in the wrong place and his arrogance is insulting. He has lost his way. He has misplaced the role he is meant to play. He has bought into the politics and forgotten to keep his eye on the ball.

The film paints Gerard Butler’s Clyde Shelton as a villain, a man capable of horrid cruelty but also makes sure to highlight his principles and what he stands for. This is not a madman. This is a dedicated individual who intends to teach Rice a lesson. Gray revolves his production around the right character. Many before and after him will write a similar script and dampen it by highlighting the wrong facets.

Shelton is well-prepared, methodical and precise. He is by far the picture’s principal member and when he leaves the eye of the lens for too long, you can feel the film drop a little. He’s intriguing and debating a proficient argument, making us consider our longstanding beliefs. Rice is a pawn through which the lesson is taught but our interest is not in the pupil. Students don’t pass on education. Teachers do. Rice is there to show the transformation, to show an educator’s finished product.

We get to see the fusion of Clyde, mere mortal and puppet master. He’s behind bars, locked in a cage and still pawns are being moved off the board. He can’t be stopped. He’s on another plane. What is it he knows that we don’t?

Law Abiding Citizen has a lot to say and sadly not much time to say it. If I was going to lay a critique at its doorstep, it would be a grisly, principled film ends too neatly. The third act really leaves much to be desired. A villain who at times seems effortlessly written struggles to keep the seesaw balanced with such an obnoxious counterweight in Rice on the other side. Not much time is spent on his moral dilemma. In fact, he seems stubbornly obtuse to even considering he made a mistake. There just isn’t a lot of mental activity going on when Butler leaves serve and that leads to periods of stagnation that temper what could have been a much stronger resonance.

I do not critique television (yet) but just to give you an idea of what I’m talking about, I’ll briefly discuss Marvel’s Daredevil.

The first and second seasons are strong, both showcasing capturing antagonists in Vincent D’Onofrio’s Kingpin and Jon Bernthal’s Punisher. However, the show is limited due to a lack of character immersion in Daredevil himself. This is not on Charlie Cox, nor is it on Jamie Foxx in this production. An actor can go off script, sure but can rarely demonstrate unrestricted range without a story which gives him an opportunity to. Daredevil ends up being the least interesting character in his own show.

The third and final season is easily the best because the studio and crafters introduce Daredevil’s own inner turmoil in a more expansive way, filling up a canvas that was half beautiful, half lightly trodden, perfecting a balance never quite there in its two previous predecessors. Daredevil was more a plot pusher than a fleshed out enigma and finally witnessing the studio add that last evasive piece does bring fulfilled resolution.

And it’s possible Rice doesn’t feel guilty about anything that transpires. After all, he didn’t kill anyone but the idea that any of the moral quandaries associated with the situation never arise in someone who is portrayed as rather intelligent is a bit of a headscratcher. I can think of three specific scenes where the opportunity was nibbled like someone might poke at a lottery card but not investigated further, only hinted at. I’m all about hints. Hints are for the wise, for those who pay attention, who notice the details. Some things should not be merely suggested and this is an example of someone and something getting too clever for their own good or perhaps not clever enough.

My score for Law Abiding Citizen: 80.

Law Abiding Citizen is easily my favorite Gerard Butler role and it’s not close. I don’t watch a lot of Butler’s productions, mostly because many of them seem to involve a continuous character that doesn’t require a lot of expertise. Butler essentially plays B-role action hero, like Jason Statham and with similar results: good for some chuckles and lighthearted fun but not particularly lasting.