The Tragic Tale of Tua

Alabama was losing a football game.

That sentence hadn’t been said often in recent history and certainly not during Nick Saban’s dominant tenure in Tuscaloosa: 12 straight 10-win seasons, eight SEC Championships, five National Championships and a record of 126-20. He had overseen the college careers of 54 NFL draft picks, including 17 first-rounders and accomplished all of this in ten years with the program. It was one of if not the premier example of excellence in college football.

But Alabama was losing.

Alabama didn’t lose. They weren’t supposed to lose but, on the game’s biggest stage, the National Championship game against Georgia, Alabama was losing and doing so decisively. Quarterback Jalen Hurts was caged like a lion at the zoo for the entirety of the first half. What could go wrong went wrong and like when the Patriots struggle, the internet and seemingly world at large was thrilled. It’s yet another reason why excellence is so hard to achieve. Few root for Zeus.

Coming out of the tunnel for the second half, Saban made one of the biggest decisions of his career: he benched his starting quarterback.

It was an unprecedented decision. This was a championship game. Teams don’t recycle signal callers often and never with trophies on the line. Hurts had been flawless until this game and yet, when the clock began to tick, it was Tua Tagovailoa, not Hurts, who entered the huddle. 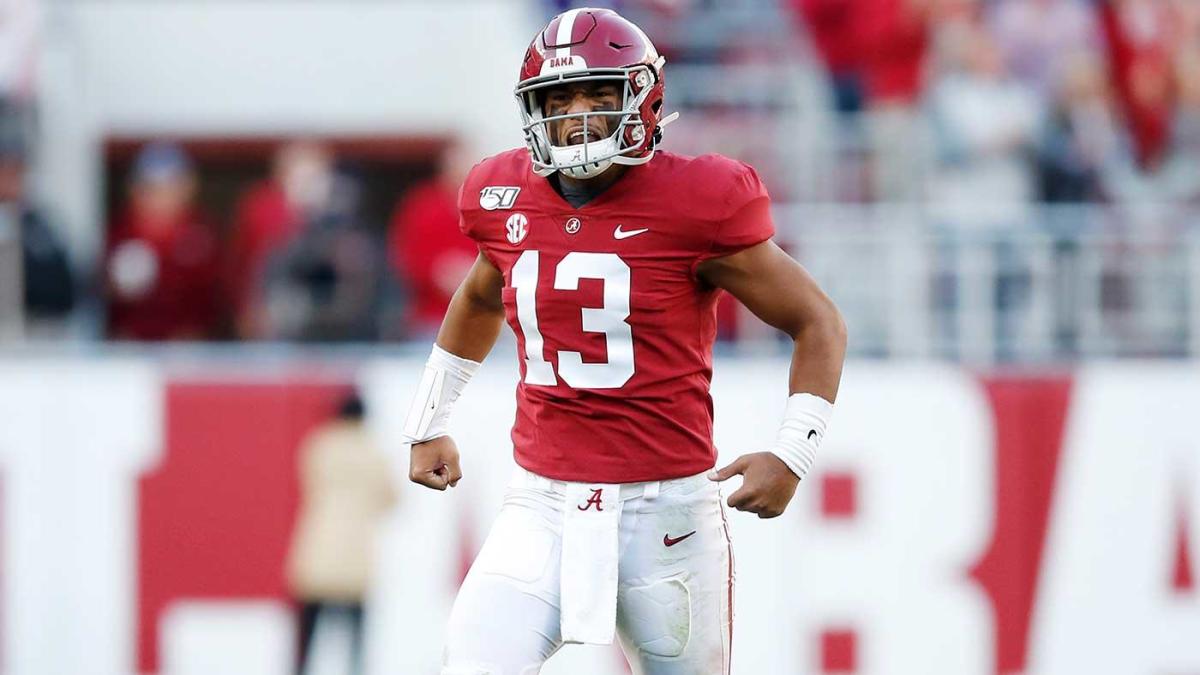 Tua was king of the world. Now, his future is in doubt.

Tagovailoa was a freshman, adding insult to injured pride. Prior to January 8, 2018, Tagovailoa was an unpronounceable unknown but from the first snap, it seemed destiny itself coursed through his arm. Georgia had a lead, they had time, they had the crowd on their side but the coliseum of sport is fickle. It knows a great story when it sees one.

Two hours later, everyone knew who Tua was. Alabama rallied from 13 down, forcing the game into overtime, where Tua punctuated the night thousands of kids across the country dream of.

His postgame interview, a creature salivating at the thought of a misstep, was flawless. A truth became evident: Tua was not a one-night show. Tua was going to be somebody.

Hurts would later transfer to Oklahoma while Tua climbed Heisman boards. #TankForTua became an acceptable approach. No one likes to see a tank but Tua was worth all the marbles. The public was all-in. Week after week, Tua was untouchable.

He was all but a certainty for the first overall pick, a selection that last year would have garnered him a $30 million contract, with tens of millions guaranteed at signing. Given the skillset, Tua was all but gifted the titles of franchise savior and contract extension.

And then, as has been the case in college sports many a time, it was taken away.

With two minutes to go in the first half of what was becoming a blowout against Mississippi State, Tagovailoa came onto the field for a final drive, two-minute drill prep for their next victim. Rolling left, Tagovailoa was crunched and did not get up. Medical scans would later confirm a posterior wall fracture and hip dislocation, not only ending his season but potentially his career. This was the same injury that tore down the immortal Bo Jackson.

The minute Tua went down, he lost millions of dollars, compensation Alabama nor the NCAA will ever repay him. There is a possibility his career is never the same and a strong chance his career ends prematurely.

It was another example of why college athletes need paid for their efforts. The NCAA is a billion-dollar industry but maintains its tax-exempt status by spending money fruitlessly, upgrading renovations just installed the previous year, implementing locker room makeovers and jersey alterations. This is all money the NCAA could not make without stars like Tua. No one watches college football because they want to see the NCAA. They watch it for the players. Those responsible for making the funds are not receiving their proper share of the pie.

The guise of an education is thinly-veiled fraud (Richard Sherman’s time at Stanford and his testimonials after say as much) and the NCAA often recovers parts of those funds back by imposing fines on those who already don’t have the funds to pay for admission.

Take the story of Chase Young, a defensive end prospect from Ohio State who is jockeying for the top spot Tua has left open for bidding.

While progressive states like California pass legislation governing collegiate athletics, states in the South resist. They’ve been a fan of free labor for a long time: maximize profits, marginalize the guy responsible for them. It’s not an approach created overnight and it’s therefore unlikely a solution appears tomorrow but as with most things, acknowledging there’s a problem is the first step. Athletes like Tua are not an anomaly. They’re a regularity.

While slavery metaphors have no place in this discussion (repeat: none), players like Tua are rewarded with so little that a prison labor analogy is wholly appropriate. As host John Oliver discussed on Last Week Tonight on HBO, prison labor often goes for pennies on the dollar, at 63 cents an hour on average, or 8.7 % of minimum wage. In this monopoly, a free ride to Alabama, a $60,000-a-year institution, is literal pennies on the dollar in actual worth and Tua has earned the NCAA more in the last year than potentially any other athlete or employee. Since Tua declared for the draft after this season, that would mean he was compensated $60,000 on a total profit share of $867,530,000 this past year. That’s .0069%.

That number is just from network and marketing profits. It’s also worth noting that March Madness historically makes a larger piece of the pie than college football but the fact remains: college football’s face was not properly compensated. Not even close.

As if to add insult to injury, less than a week after Tua’s injury, Alabama poured $92.5 million into stadium renovations, including new founders suites that sold for $5 million each. “This money could be yours and probably should be but you’re an amateur. *shrug emoji”

If the NCAA wants to continue to pander like a child, they have a right to do so. The world has the right to drag the screaming delinquent to the real world.