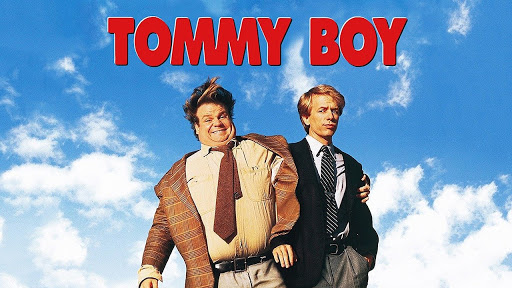 I recently watched Ace Ventura: Pet Detective for the first time, one of the 1994 Jim Carrey trifecta (The Mask, Dumb and Dumber) that spawned the comedian’s career in film. In it, you see what happens when a mind of humor is let loose like a dog off a leash. Carrey helped write the screenplay for Ace Ventura, allowing him near complete control of his character and surrendering to him near ultimate authority in the investigator’s portrayal. It worked quite well. Ace Ventura is a true work of stand-up comedy put to film, one that deserves a second viewing before being talked about.

Pieces like Ace Ventura do not come around often. Producers play a far larger role in the industry then they are meant to, leading to corporate heads telling artists they are restricted in their works of freedom. That is what is beautiful about art: it holds unlimited potential. It is genuinely free. An artist, through willpower, creativity, ingenuity and diligence forms an idea, one that was once amorphous and now has a visual element. Art is never finite. It always has something more to say if you but only take the time to look upon it.

It’s also important, however, to state that one must have the talent and ambition necessary to put all those pieces together. It is yet another portion that makes a movie’s success that much more impressive: there are so many people who help create a film. Moving pictures require hundreds of people.

Tommy Boy is what happens when too much independence is given to an actor, or perhaps not enough. Tommy Boy is one of comedian Chris Farley’s brainchilds. He’s the lead, asked to carry the story forward through charisma and spontaneous off-script meandering.

If you’ve watched Ace Ventura, you know there is a minimal weight placed on the plot. The story arc is not why we’re watching and in the grand scheme of things is rather meaningless. Jim Carrey is why anyone starts that picture, as well it should be, and the Canadian-American lavishes in front of the camera, deploying all the eccentricities and chimerical wit he can muster.

Tommy Boy is what happens when you force a narrative onto a comedian rather than allow him to form his own. Chris Farley is a treasure of the 90’s, one of the best that Saturday Night Live ever churned out. He excelled at the short skit, bringing an overbearing presence so animated actors often struggled to keep straight faces through his routines. Farley put a premium on making his audience laugh and always felt his fellow compatriots were a part of that group.

While we see from the get-go that Farley’s character is the capitulation of absurdity, we also notice a rather convenient restraint of that free spirit emblematic of the film’s chief character flaw: funneling. The creative juices seem bottlenecked rather than poured over the script. A character is only allowed to go full auto if the script says such. In few of his routines did I ever find Farley underwhelming and yet here he clearly is and given the enthusiasm he displayed during his entire career, it’s hard for me to believe he phoned it in here. It seems more likely producers didn’t want the film to go over the handlebars.

David Spade, who I’ve never been a fan of, is asked to bring a guided hand to Farley’s plot-appointed erratic character. While given some dry humor, Spade gets few barbs in himself, directing more of the audience’s attention toward Farley in the hopes he pulls another masterful routine.

Feature films were never Farley’s forte, however. Perhaps he would have gotten better with more practice, but it never seemed that was where his talent lied. His films did fine at the box office because of his popularity as an entertainer, not because of those films’ quality.

Tommy Boy might be a cult favorite, but it doesn’t offer anything substantial to write home about. There is a sales pitch scene that is quite good, seemingly taken right out of an SNL episode, and a few small moments that might warrant a brief grin, but nothing that warrants a second viewing aside from the nostalgia that comes from watching Farley perform again. Vintage Chris Farley is SNL Chris Farley, when he was one of the bad boys of Saturday Night Live, starring alongside Chris Rock, Adam Sandler, Rob Schneider and Spade. Film Farley is only memorable because of the loose connection it has with the golden days of 90’s SNL. Each movie he signed up for was another chance to strike silver, but none ever panned out. If we’re going to remember Chris Farley the comedian, let’s remember him at his height, not for things like Tommy Boy.

80-89   It was a pretty good movie and definitely one worth seeing, but it doesn’t quite scratch my top ten percentile. (Sinister, Olympus Has Fallen, The Cable Guy, The Cabin in the Woods, Tears of the Sun)

50-59   This movie isn’t intolerable but it’s not blowing my mind either. I’m trying really hard to get some sort of enjoyment out of this. (Death Note, True Memoirs of an International Assassin, The Great Wall, Robin Hood, Underworld)

Tommy Boy is a comedy that’s remembered that is honestly better off forgotten. No meaningful impressions were made during it and there’s little reason to revisit it.