My favorite video games are going to include some that are ancient by video game terms. I still have a Nintendo Gamecube and Playstation 2. I’ve never had a Xbox-360 or a PS3. With that being said, here are my favorite games up to this point of my life. Also, check out my brother’s list here. Note: These are my favorite games, not the ones I think are the best.

Easily one of my favorite games on the PS2, Killzone had a solid campaign and story line that kept me engaged and wanted me to keep going with it. Among the few things I remember most about this game, the sniper interface was insanely difficult to get adjusted to compared to the other first-person shooters I’ve played. It’s not a difficult game to master by any means, but putting the AI’s on the hardest difficulty and putting on the maximum amount is still a difficult task on domination on most maps when it’s just you and a friend versus, elongating the game’s playability. 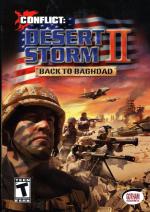 These are third-person shooters on the Nintendo Gamecube and probably ones few will know of, but I always got a kick out of Desert Storm for its two-player campaigns. It was one of the few games my brother and I could play the campaign together and that feature alone makes these some of my favorite games. The graphics are mediocre compared to the Call of Duty games on the system, but the versatility of the game and the unique control platform make this game a fun play that manages to stump you occasionally.

Another third-person shooter, this time for the PS2, Mercenaries is easily one of the more difficult games I’ve played. There isn’t any multiplayer for it, but the campaign is so long and addictive that there’s really nothing to complain about there. You have to capture 52 different bad guys scattered all over Korea in a free-roam style play format. You can do whatever you want and missions will be waiting for you when you’ve decided you’ve done enough fooling around. With all that said, I found this game to be very difficult and it’s one of the few games I have that I haven’t beaten yet. After about 30 tries on the last mission, I just gave up. My brother eventually beat it, which was a thrill to watch, but I do think this game’s difficulty toward the end battered my resolve.

This game’s graphics are shoddy but I always found the gameplay to be pretty responsive and enjoyable on a continual basis. Upping up the difficulty did present its challenges but I eventually adjusted. I’ve pretty much mastered this game but I still play it on Gamecube on a regular basis from time to time. I love the newer NHL games though. The new controls are more elaborate and provide a more competitive and adrenaline-filled experience.

This game on Gamecube was made the year the Steelers won Super Bowl XL, giving this game some special significance to me. The lineups are solidified in my mind and the gameplay was the way I liked it before it became all about the graphics in the new one and your quarterback throws like a girl. The newer games are definitely more defensive-minded while this game was all about racking up the points. It never got to an arena football-type scoring match, but it was an up-tempo experience, something I miss with the latest renditions.

One of the more popular games from Nintendo, the Super Smash Bros. on Gamecube holds the classic status over the newer remakes because of how big a deal it was at the time. Then, Nintendo was still a profitable company that had some solid games aside from Pokemon and Mario. Super Smash Bros.’ variety of characters and the combos you can do with each provides for a cartoon chess match for players. Everyone’s played it and if you’re a poor college kid such as myself, pulling out this game is one you can have a blast with.

PS2’s third-person shooter is a top-five for me for a couple of reason. First, Star Wars. Who doesn’t love that? The class loadouts are diverse but not overly complicated and the maps are pretty good. I’ve never played this online but the multiplayer conquest is a lot of fun if you can play with a friend.

Guitar Hero has had a bigger impact on me as a person than any other game. My music tastes were brewed by these games. Before Guitar Hero, it was all 80’s pop rock. Guitar Hero showed me there was more than that and now I listen to a lot of rock, alternative rock, hard rock and even a little metal. Some set lists are more challenging than others but I like most of the songs they put on these games. It was the first concept of playing a guitar as a video game that I know of and the reaction time to when you hit the keys was very accurate, which could have easily been these games downfall. Every time I hear a guitar hero song on the radio, I know which Guitar Hero it’s from because I’ve played them so much. Truly an addictive experience to engage in.

My favorite Call of Duty, Modern Warfare 3’s maps are better than any of the other COD’s I’ve played. The loadouts allow for hundreds of weapon and perk combinations so there’s always something you haven’t tried playing with before. The shot accuracy is usually pretty good and the graphics are visually-satisfying enough to immerse yourself with the gameplay.

I love zombies. That’s all there is to it. I’ve played zombies for hours at a time. Most of the new maps are pretty good and the visual caliber is pretty detailed. Playing online is a blast considering all the people you meet in the different lobbies and achieving teamwork with your buds is always a must. Keep calm and Shoot Zombies.