“Do we want to drop another mouse in the snake pit or do we want to send our own snake and let him crawl in?”

You can’t talk about this film without first mentioning how ridiculous its premise is. I’m sorry, I don’t like to be that guy but someone has to be.

The government has lost three of its agents and its next course of action is to hire a convict. Doesn’t seem to be a great plan. Samuel L. Jackson will make the same argument that Viola Davis makes in Suicide Squad: they’re expendable (true), programmable (haha, no) and controllable (also no).

If you’re going to run with this story, that’s fine. Some people need to be taught who’s really in control and often the best lessons can only be learned in trying situations. Do I think it’s illogical to believe this procedure would work? Yes. Do I think it’s unreasonable to think someone would try it? No. Humanity will never fail to surprise you and it regularly takes the wrong path multiple (sometimes an infinite number of) times before figuring it out. See the Jurassic Park franchise, for example. Some would argue our species never learns. 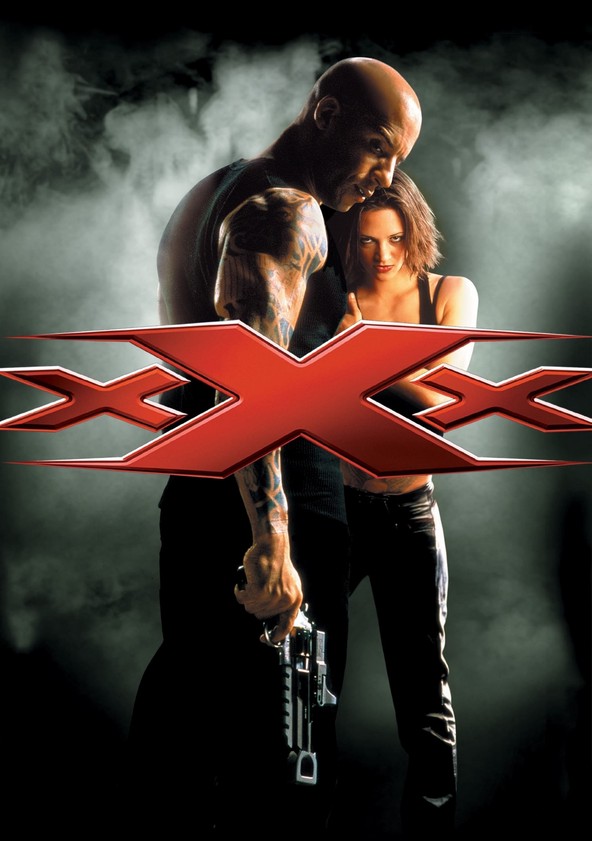 People, more than anything, like to control. They do not want to ride shotgun. They manipulate and pull strings for their own benefit and the thrill and reward of steering what is perceived to be uncontrollable comes with quite a thrill of accomplishment and a grand source of power. It is the darker side of ambition. What we can’t rationalize, whether that is criminal behavior or superheroes, we want to control. They’re not part of the plan. What’s not part of the plan upsets the established order of things. What isn’t part of the program is by definition something which seeks to disrupt it and what seeks to destroy must be rerouted to a more essential purpose or erased from the picture.

I’ve highlighted this scene quite a few times on this blog. It is one of my favorite sequences in cinema because it is a message so pervasive and applicable. The reviews of the Nolan trilogy are on the horizon.

Insert Xander Cage, an idealistic extreme sports expert who can’t be bought. Cage isn’t excessively violent but he rejects the established order. What is true of any idealist is true of Cage: his mind is his greatest weapon. When you can’t be bought and won’t shun your values, you can’t be manipulated and that scares people because it means you’re a rogue dog. We know what people high up in the food chain think of strays.

It doesn’t and I find myself wishing it did. The initial setup is well executed, dialogue mostly tolerable and action scenes with Vin Diesel always seem to test the absurdity scale. Unique gadgets becoming of the spy genre are introduced.

It’s a doozie. The likableness of the first half is because of its distinctive differences. It wants to be a spy movie but shows a potential bloom of disparity, a promising individual rather than an additive to an already predetermined sum. Its guts disappear in the second portion.

Xander Cage is the seed which was supposed to grow as the film progressed. His character gets predictable in the second half, demonstrating an arc drawn many times over. The intrigue, the pop this film initially demonstrated? Fizzled and no one likes flat pop.

The forced romance ploy is growing old with me and doesn’t do this production any favors. It absorbs screen time which should be utilized on that departed exhibit or a subsidiary of it. The motivations of our nemesis are left purposely vague and Diesel’s Cage seems to love playing hero, for whatever reason. Usually one would like to see the gradual transition of the character rather than see him jump off a cliff for no particular reason other than there being a female in the near vicinity.

90-100  It’s a great movie and definitely one worth buying. (The Matrix,L.A. Confidential, Her, Taken, Captain America: Civil War)

80-89  It was a pretty good movie and definitely one worth seeing, but it doesn’t quite scratch my top ten percentile. (The Matrix Reloaded,Wanted, Law Abiding Citizen, Scott Pilgrim Vs. The World, The 40-Year-Old Virgin)

40-49   This movie is just mediocre. It’s not doing anything other than the bare minimal, so morbidly boring that sometimes I’m actually angry I watched this. (Doom, The Fast and the Furious: Tokyo Drift, Pirates of the Caribbean: Dead Men Tell No Tales, Power Rangers,Underworld: Evolution)