Warner Brothers made a daring decision in 2003 to release both The Matrix Reloaded and The Matrix Revolutions in the same year, something no studio would have the gonads to do today. It was a move that may have cost them. Reloaded had a box office haul of $740 million while Revolutions ran out of gas at $427. Over a billion for two films is a good day’s work but had the third and final chapter been held hostage until the next calendar year, it’s possible the sum might have been doubled.

The two sequels were made concurrently, similar to Peter Jackson’s initial photography of all three Lord of the Rings films simultaneously and despite that, The Matrix Revolutions is an disowned cousin of its older family.

I’m unsure if the studios put pressure on the Wachowskis. Given how long ago these films were made, it’s information not readily available but it’s certainly worth wondering. The Wachowskis are artists in the purest form. It’s hard to believe they’d bend but with pressure, sometimes it’s only a matter of time before we break. 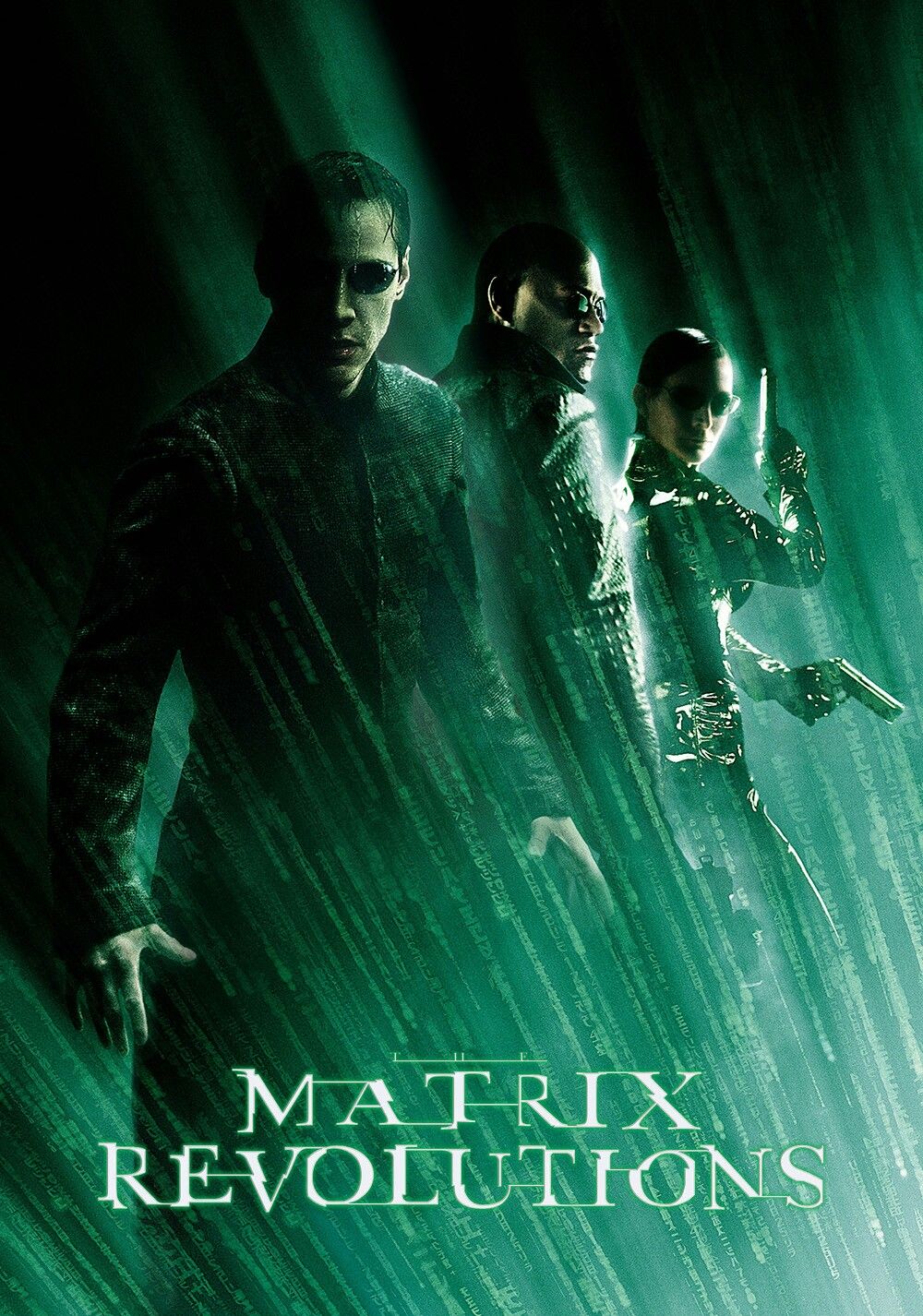 The Matrix Revolutions runs like an imposter, a copycat and shell of its former self. It lacks original tone and message and becomes a The Hobbit: The Battle of the Seven Armies gorefest rather than what the material dictated. A series thus far built on heavy dosages of thematic dissertation and sociopolitical undertakings runs like a wounded soldier jacked with Toradol.

That might be a bit harsh. The Matrix Revolutions still offers a pedigree on spectacle. As with everything else, it can’t compare with its elders but it hasn’t completely lost its identity. It knows what it’s good at and where its talent lies. It’s just overzealous and doesn’t know when a little subtlety and tact would be to its benefit.

The Matrix Revolutions gets so bold as to throw in a Man of Steel bout in its final stage, one whose punches can only land so hard given the lethal combos we’ve seen in earlier installments, flurries this match never brings whether because of preparation or fatigue. I think it’s more likely the dog’s heart wasn’t in the fight.

This trilogy built itself on complexities of the human psyche and lectures of intellect. This was a welcomed approach. I think viewers would agree most action novellas don’t get very mentally taxing. Many of them are braindead. Go read my review of The Fast and the Furious, for example. I could hyperlink quite a few more of them. At times, it feels like they’re this blog’s calling card.

This trifecta’s want to be an individual made it appealing and enabled its rebellious nature. It meshed well with the punk nature of the 90’s. It both had its own style and adopted it from the direction America was taking at the time: one of character discovery, technological innovation and an expanded understanding of what was and wasn’t possible. All three of those identities are present in The Matrix. It’s little wonder why this premise caught on. Yes, the visual flourish was some of the best of its decade but the message was what really hooked you. Visuals can awe you at a high level but story and character are where it’s at, my dudes. The Matrix had that.

The Matrix Revolutions? Not so much. Established characters find their arc limited to the arm strength of a teeball player while any new supporting characters or transfers from part two will find their script lacking any emotional impact. The writing the Wachowskis’ reputation is built on doesn’t arrive and in bonanzas like this, actors find themselves doing more action than acting.

With few lines and much of the camera’s time spent on visual effects, Keanu’s presence is shortchanged. The film’s second act completely removes him, leaving nearly a half hour absent of two of the franchise’s principle characters and very little of the third. Without the team’s star playmakers, the unit struggles. Better casts can hold a film together, carry the torch per se but not The Matrix franchise. The series has orbited Neo from beginning to end. Abandoning that orbit has consequences for everything else in the system. Keanu Reeves in his signature role is almost purposefully pushed aside in the finale, abandoning the choir with a dissonant chord.

I found myself waiting for the cavalry during this presentation. Surely, the generals will send them in. It’s a neck-and-neck race and they have the aces. We’ve seen them before. What are they waiting for? Why is this the path they chose?

80-89  It was a pretty good movie and definitely one worth seeing, but it doesn’t quite scratch my top ten percentile. (The Matrix Reloaded, Wanted, Law Abiding Citizen, Scott Pilgrim Vs. The World, The 40-Year-Old Virgin)

My score for The Matrix Revolutions: 76.

Allured by theatrics rather than its own talents, The Matrix Revolutions tastes of betrayal and views like splatter art: disinterested and without any sense of decorum. People dabble in blotches hoping to accidentally uncover splendor. The first two introductions already had it and so, while it’s an average picture, The Matrix Revolutions feels like a waste of time.