Sequels are and always have been harder to write than original content. Originals are like the honeymoon phase of a marriage: passionate, thrilling, sexy, endearing. This is the life, boys. It does not get better than this.

Everything when you first pick up the pen is vigorous, an adrenaline shot of creativity and youthful exuberance. All the paint and tools you could wish for are at your disposal and the canvas is fresh, hot off the press. Free roaming through a magical forest or entering a celestial void are but two of the options. Possibilities are truly endless.

After the framing and hanging of your portrait, there’s a sense of loss the next time you pick up the brush. There’s joy from what you accomplished but sadness that you may never be able to grasp it again, at least not the way you once did. There’s a reason people use the phrase “once-in-a-lifetime experience”. You may make your way back someday but that moment in time has passed and who you were is no longer who you are. Neverland will never be the same. 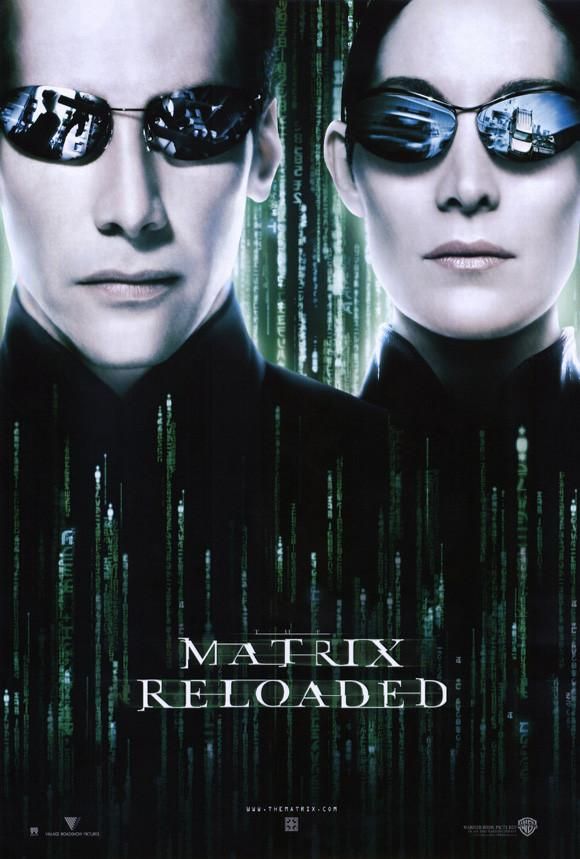 Yet, a second visit offers a second chance and second opportunity and while a second can, by definition, never be the first, it can be a life of its own when done correctly. A lot of the same pieces may be at play and the general constructs likely stand unmoved but the cogs of the realm are moving once again with a sense of purpose.

A rejuvenated self is certainly thrilled to be back but the longer a journey takes, the more time the quest goes on, meaning there’s an inherent need for further character mining, theme dissertation and the tapping of new plot synapses. The Matrix Reloaded struggles with that.

It’s by no means painful to watch. The Matrix Reloaded is a pretty good film individually. The Wachowskis don’t flounder visually: the stunt choreography and visual effects make a smooth flux from station to station and are the sequel’s headline attraction. Precision and attention to detail are at a high premium here. In fact, some scenes required the invention of new technologies. The famed bullet sequence in the original product required similar innovation. The Wachowskis were always looking for the latest discovery in visual mastery during these productions and in doing so, became pioneers of film editing, digital simulation and even virtual cinematography. The eye bedazzling is impressive and it’s entertaining to see the film’s neurons firing back and forth. It makes for quite a firework show.

Supporting characters are often the most difficult to write. I find writing central casting carries a sense of calm comparable to knitting or pottery. There is a procedure to it, at least for me, providing the mind a pathway to navigate. I’ve learned it’s challenging for me to channel myself without some form of structure. Direction is easily understood with guardrails. Once guidelines are in place, you can grab a paintball gun and shoot away, develop contours both thin and heavy and begin creating a life.

Secondary proxies are intentionally limited. A role player can be as simple as a funny man but even a comedian comes in a number of varieties. You’re required to make a gag humorous but if you make it too funny then your primary persona is overshadowed and that can snowball into a laundry list of problems. Stories often covet balance in a pyramid structure.

Removed from four pivotal pillars, The Matrix Reloaded yearns for personality. Neo (Keanu Reeves), Trinity (Carrie-Anne Moss) and Morpheus (Laurence Fishburne) carry most of the screen time and Hugo Weaving’s Agent Smith takes purposeful strides. Whenever the camera focuses anywhere else, it’s time wasted. Much of this tape is spent on expository dumps via subplot rather than the theological gratification the Wachowskis have gifted us with on many an occasion. Portions of dialogue get clunky and bloated at times, giving points of thematic importance the appearance of someone who needs to layoff the fast food. This happens to writers from time to time but comes unexpected from the Wachowskis, especially in their earlier history. Usually this added parfait gets removed during editing. This scene isn’t a throwaway. There’s some nuisance and message here but it’s also a car stalling to start.

80-89  It was a pretty good movie and definitely one worth seeing, but it doesn’t quite scratch my top ten percentile. (Wanted, Law Abiding Citizen, Scott Pilgrim Vs. The World, The 40-Year-Old Virgin, The Conjuring)

My score for The Matrix Reloaded: 83.

Talks of destiny, choice and purpose drive this vehicle to its conclusion and its action keeps audiences at a standstill but a lack of subplot texture and new faces bring some dullness which prevents it from reaching higher precipices.