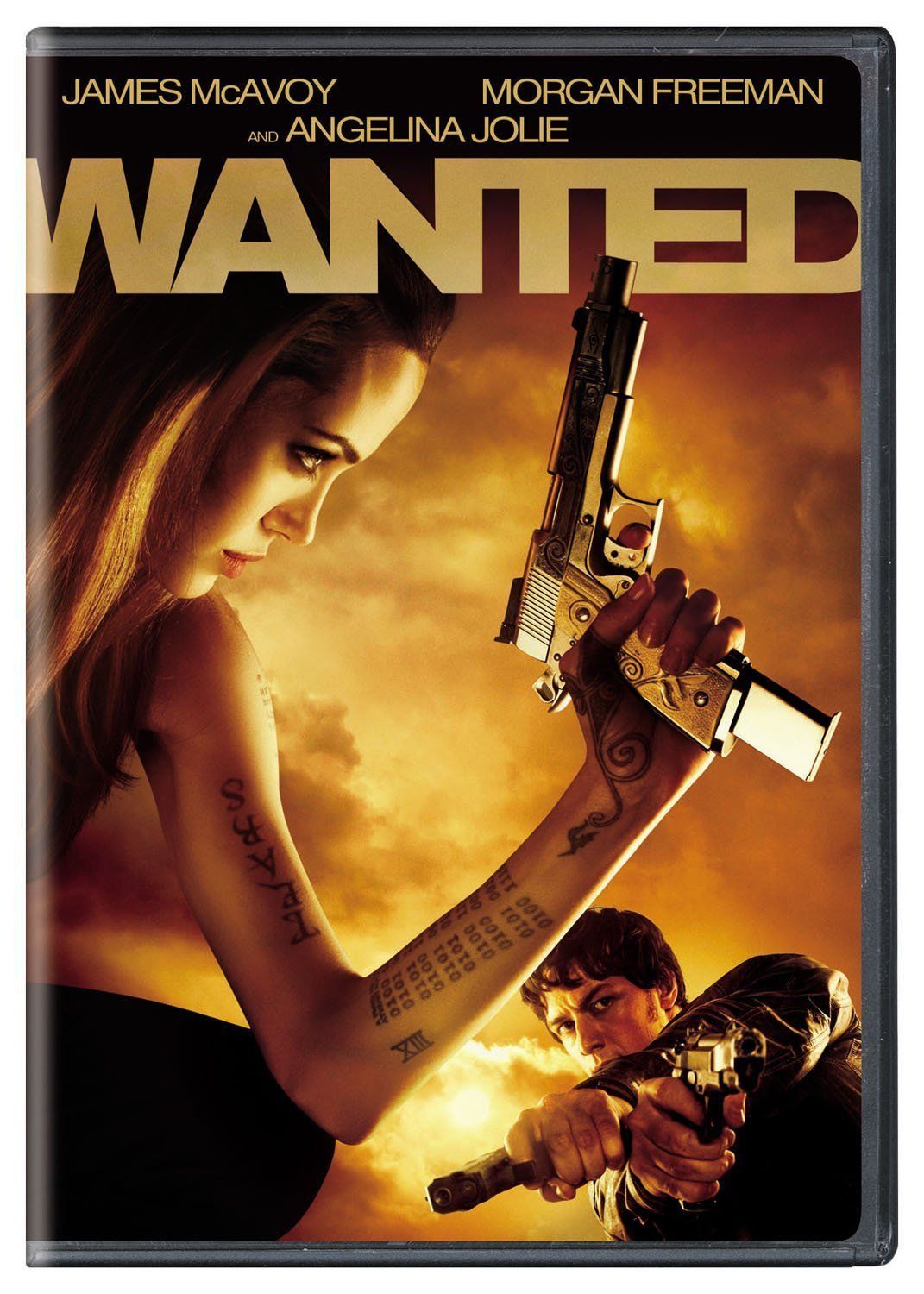 “Insanity is wasting your life as a nothing when you have the blood of a killer flowing in your veins. Insanity is being shit on, beat down, coasting through life in a miserable existence when you have a caged lion locked inside and a key to release it.”

Life can get monotonous and rather repetitive. It, at times, can be difficult to not become apathetic. It’s easy to become indifferent. With the dissolution of life’s brighter moments, we find ourselves sapped of energy. We become dormant volcanoes. Sad, given the strength and potential we possess but our reanimation is not that far away. It only takes a spark to ignite a flame.

Wanted is a dramatic reenactment of reignition, a dichotomy between lifeless and livid form. It reminds us of trivial trials and gives us an adrenaline shot rather abruptly. We went from picking up a prescription to shooting through cereal boxes.

Wanted is a stern father giving us a talking to, reminding us of what we aspired to be. We don’t believe it anymore and have lost our sense of self. Misplacing your identity is a gradual process but it often slips under our view and comes out of the blue. It’s quite the revelation, realizing where you are now. It can be alluring to settle into a routine and forget why you became content in the first place. Along that journey comes self-hatred, self-doubt and a sense of hopelessness, which is exactly what Wesley Gibson is going through. He is miserable and has accepted it.

This film likely ages well because of its conversation regarding mental health, a dialogue that has opened up in the past few years. Mental health is an ongoing struggle which cannot escape time. For some, it just is and always will be. It’s a neverending war and any fight that’s forever begins to feel hopeless after a while. What’s the point? We’re no closer to winning than we were a year ago. Why are we still choosing to bleed?

Sometimes, a little direction and a shove can make a lot of difference, or in Wesley Gibson’s case, a gun to the back of the head and a command to shoot the wings off the flies, something that is surely physically impossible. If he could do something like that, the realm of possibility is no longer a closed circle: it’s a bowl of opportunity and as is human nature, the desire to seek the unexplored is mighty compelling. That want makes us do things our past selves would never dream of doing: rejecting authority and the societal constraints put in place, sticking it to the man and embracing independence and total control of our lives.

With this crisp vigor and thrill unleashed, some people are willing to put themselves through hell to retain it. Adversity no longer appears a monstrosity ready to devour us. It looks like a scared bully shriveling in the corner and we’re ready to pounce. Wesley will take repeated beatings and cuts from knife play, taking those limits to the extreme, one might say but the means do not concern someone in Wesley’s position, only the end result. Doubt will eventually begin to grow before we remember our newfound freedom. We are obsessed with meeting our new selves. We have waited our whole lives for this chance. It is all we can think about and it is within our grasp.

All I’ve said thus far is part of the storyline. Said blueprint aligns itself with character discovery and the journey to enlightenment. It’s relatable because we all seek fulfillment though I suspect most of us not from a life of assassination. I could be wrong. Does seem to be exciting and I’m sure chicks dig it.

In addition to a well-designed ‘scape, writers Michael Brandt, Derek Haas and Chris Morgan compose some great dialogue tidbits. In some of my recent reviews, it has been difficult to find a quote to throw at the top, a new staple of my critique section. No problems here. It has wit, charm, apropos humor and chronic knowledge of the human condition.

The action is well-executed but it is flavoring, not a crutch. Director Timur Bekmambetov throws some stuff in here that’s fantastic, like bending a bullet’s trajectory or shooting a bullet in mid-air. It defies space and physics, running parallel alongside Wesley’s new persona: unrestrained, unhindered and unstoppable. This requires a suspension of disbelief that some many not be capable of but its cohesiveness with the story is well-played.

This is probably my favorite James McAvoy film, though Split may demonstrate his talents better. Youthful arrogance and intrigue serves his palette well. Angelina Jolie rarely disappoints and Morgan Freeman is a personal favorite.

Wanted is an under-the-radar niche film that’s a personal favorite of mine but I can’t shake a loss in its third act. Feels like unfinished business and tangled threads.